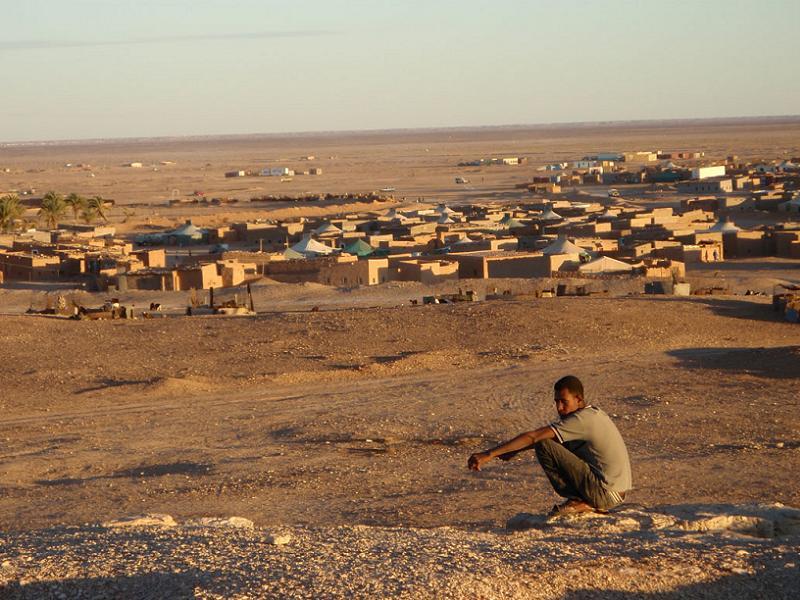 “I´m not afraid of getting lost within its wind,
I totally trust the senses of my dromedary,
and the lessons of my grandfather.”

These are some of the verses of the poem “Ask them” by Bahia Awah that subtle emerge in a vicissitude of claims associated to a distant past. The unmistakable style leaves the poet in a mirage of wandering, refractory options that rush forward in old and never solved nodes. Life often leads the writer to follow some paths he can put aside but not forget since they have to be reinterpreted according to true values. Through his verses, Bahia tries to repair his lost childhood – like in a jigsaw puzzle. This way he becomes an errant poet that gets lost between the nature and the landscapes of a well decoded Western Sahara. Remembering those that influenced his being, always at the mercy of a wind that can be tasted in the Sahara Desert.

His ideals of peace and his way of living poetry in the world have allowed him to assess all the territory by returning to his origins as Saharawi descendant, without losing sight of his pacifist goals.

The core of this collection of poems is the piece entitled “One Peace Day” telling about a day of peace in which everything is turned into a symbol challenging war and enemy. A dialog that leads the reader to get lost among the verses the Saharawi people always find in their days of harmony to leave their rebellious message to the world. Also in the poem “Like your eyes” the importance of narrating love in the Sahara Desert is clearly expressed.

It is for a long time now that Bahia Awah, a fundamental representative of the contemporary panorama of Saharawi poetry, has given talks on Saharawi poetry and on the idea of dialog and peace among the peoples, especially in places that are usually forgotten because they are considered unimportant. The last poem of his collection describing the importance of the Saharawi people is entitled “Darkness cleared away”.