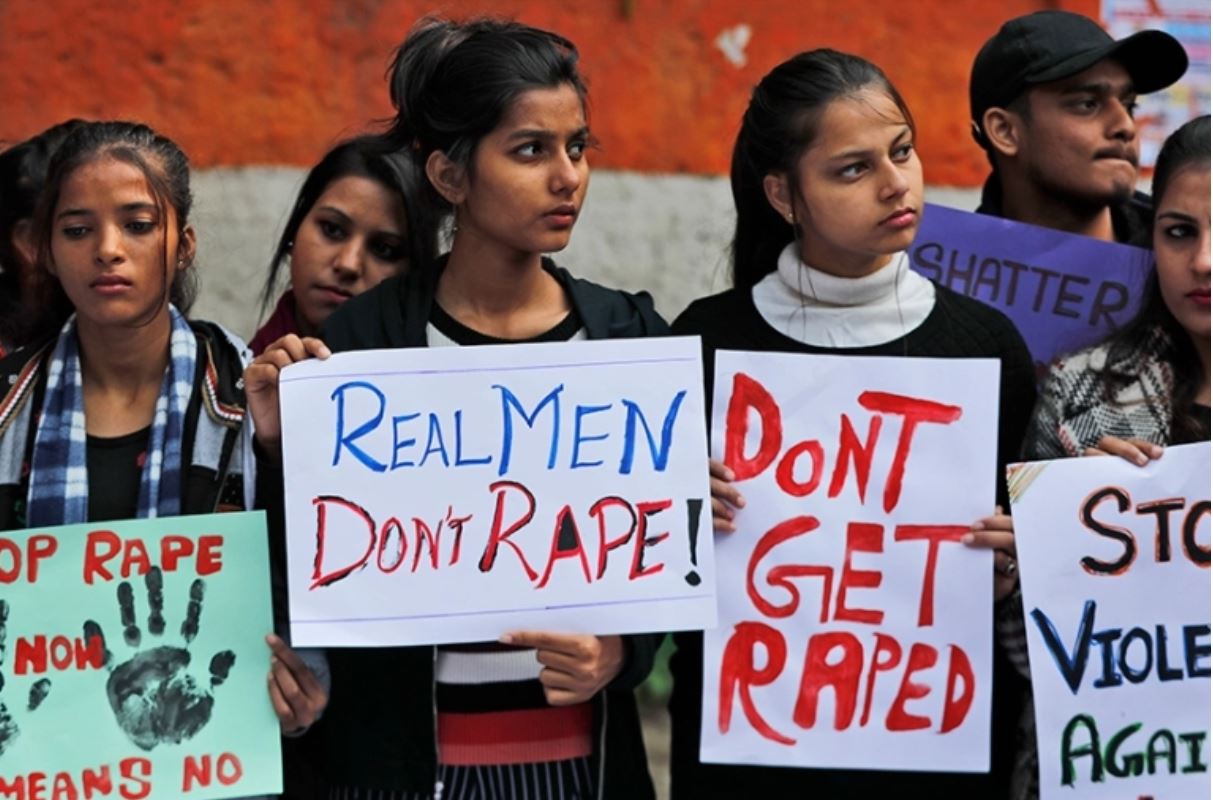 As you open it, you may think it is a booklet: a booklet with a collection of poems. But closer examination will awaken your senses and you will see it for what it is; feel the pain it represents: and hear the desperate cries emanating from the depth of devastated female souls.

The cries are neither imaginary nor utopian, but part of a struggle, an ever- growing struggle emphatically shared and passionately voiced by women all over the world: women unequivocally opposed to any form of rape.

The rape of women has been a heinous reality throughout history with consequences that include violence requiring hospital treatment; an initial reaction of disassociation and emotional numbness; fear resulting from various factors including a reluctance to tell family and friends, becoming pregnant, or contracting a sexually transmitted infection; feelings of embarrassment, shame, and even guilt; depression while coming to terms with, or recovering from such a traumatic event; and recurrent dreams and nightmares as the brain endeavors to process, understand, and recover from what has occurred.

Rape has been anchored within the souls of all women since childhood irrespective of country, culture, ethnic group, or society. It is anchored in all women whether they have or have not been the victims of rape. Just opposing rape, however, is not enough because rape is a barbaric violation that has to be focused on and stopped.

Focusing on the depravity of rape and the ominous shadow of violence it casts over women requires the heartfelt voice of women to be passionately expressed and universally heard. Such expression can be elevated to the level of significant relevance with poetry wrought from the anguished words of women whose souls are crying out for a rape-free world where respect for human rights also
includes the rights of all women.